If you have a scanner and you would like to use it to import drawings and other images into AutoCAD, yeu can use AutoCAD’s raster image import capabilities. There are many reasons for wanting to import a scanned image. In architectural pl~, a vicinity n:tap is frequently used to show the location of a project. With the permission of its creator, you can scan a map into AutoCAD and incorporate it into a cover sheet. That cover sheet may also contain other images, such as photographs of the site, computer renderings and elevations of the project, and company logos.

Another use for importing scanned images is to use the image as a reference to trace over, You can trace a drawing with greater accuracy using a scanned image as opposed to digitizing tablet. With the price of scanners falling to below $100, a scanner is a cost-effective tool for tracing a wide variety of graphic material. In this section, you’ll learn firsthand how you can import an image as a background for tracing.

The Insert > Image Manager option in the pull-down menu opens the Image Manager dialog box, which in turn allows you to import a full range of raster image files. 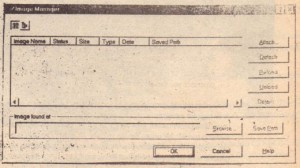 If you read Chapter 6, then this dialog box ‘should look familiar, It looks and works just like the External Reference dialog box. The similarities are more than just cosmetic. Just like external references (Xrefs), raster images are loaded when the current file is open but they are not stored. as part of the current file when the file is saved. This helps keep file sizes down, but it also means that you need to keep track of inserted raster files. You will need to make sure that they are kept together with the AutoCAD files-in which they are inserted .

The Attach Image dialog box you saw in step 7 of the previous exercise helps you manage your imported image files. It is especially helpful when you have a large’ number of images In your drawing. Like the External Reference dialog box. you can temporarily unload Images (to help speed up the editing of AutoCAD objects). reload. detach. and relocate raster Image files. Refer to Other External Reference Options in Chapter 6 for a detailed description of these options . 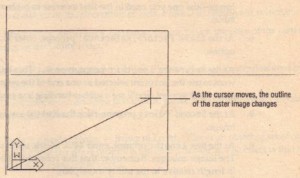 The Raster1.jpg file from the companion CD-ROM is a scanned image of Figure 11.2. It was scanned as a grayscale image at 100 dpi. This shows that you can get a reasonable amount of detail at a fairly low scan resolution.

Now suppose you want to trace over this image to start an AutoCAD drawing. The first thing you’ll want to do is to scale the image to the appropriate size. You can scale an image fife to full size. Try the following steps to see how you might begin the process.

The drawing regenerates and the entire line appears, no longer obscured by the raster image.

The Draworder command you just used actually offers four options. On the pull-downmenu, these options are:

Tools > Display Order > Bring to Front Places an object or set of objects at the top of the draw order for the entire drawing. The effect is that the objects are completely visible.

Tools > Display Order > Send to Back Places an object or set of objects at the bottom of the draw order for the entire drawing. The effect is that the objects may be obscured by other objects in the drawing.

Tools > Display Order > Bring Above Object Places an object or set of . objects above another object in the draw order. This has the effect of making the first set of objects appear above the second selected object.

Tools > Display Order > Bring Under Object Places an object or set of objects below another object in the draw order. This has the effect of making the first set of objects appear.underneath the second selected object.

You can also use the Dr keyboard shortcut to issue the Draworder command. If you do this, you see this prompt:

You must then select the option by entering through the keyboard the capitalized letter of the option.

In Chapter 6, you saw how you can clip an external reference object so that only a portion of it appears in the drawing. You can also clip imported raster images in the . same way. Just as with Xrefs, you can create a closed outline of the area you want to clip, or you can specify a simple rectangular area. In the following exercise, you’ll try out the Image clip command to control the display of the raster image.

As the prompt in step 3 indicates, you can turn the clipping off or on, or delete an existing clipping boundary through the Clip Image option.

Once you have clipped a raster image, you can adjust the clipping boundary using its grips. 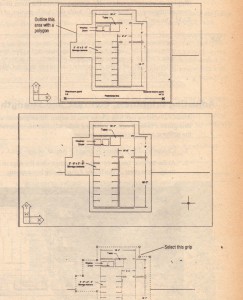 In addition to hiding portions of a raster image that may be unimportant to you, clipping an image file reduces the amount of RAM the raster image uses during your editing session. AutoCAD only loads the visible portion of the image into RAM. The rest is ignored.

AutoCAD offers a tool that allows you to adjust the brightness, contrast, and strength of a raster image. Try making some adjustments to the raster image of the utility room in the following exercise.

You can adjust the brightness and contrast using the other two sliders in the Image Adjust dialog box. The Reset button resets all the settings to then: default value.

By using the Image Adjust option in conjunction with image clipping, you can create special effects. Figure 11.14shows an aerial view of downtown San Francisco. This view consists of two copies of the same raster image. One copy serves as a background, which was lightened using the same method demonstrated in the previous exercise. The second copy is the darker area of the image with a triangular clip boundary applied. You might use this technique to bring focus to a particular area of a drawing you are preparing for a presentation.

Figure 11.14 also contains AutoCAD text andline objects drawn over the image. The text labels make use of the Wipeout bonus tool to hide their background, making them easier to read. The Draworder command is also instrumental in creating this type of image by allowing you to control which object appears on top of others. 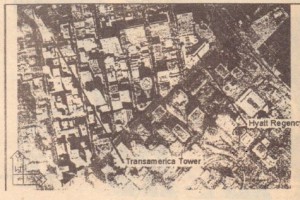 Turning Off the Frame, Adjusting Overall Quality, and Controlling Transparency

Three other adjustments can be made to your raster image: frame visibility, image quality, and image transparency.

By default, a raster image displays an outline or frame. In many instances, this frame may detract from your drawing. You can globally turn.off image frames by choosing Modify > Object > Image > Frame, then entering On or Off, depending on whether you want the frame visible or invisible (see Figure 11.15).You can also type Imageframe. 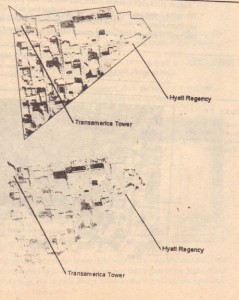 The High mode softens the pixels of the raster image, giving the image a smoother appearance. The Draft mode displays the image in a “raw,” pixelated state. If you look carefully at the regions between the building and its shadow in the second image of Figure 11.16,you will see that it appears a bit jagged. The first image of Figure 11.16 uses the High setting to soften the edges of the building. You may need to look closely to see the difference. 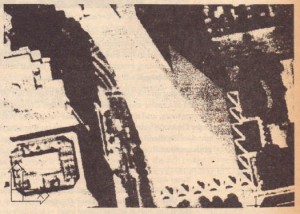 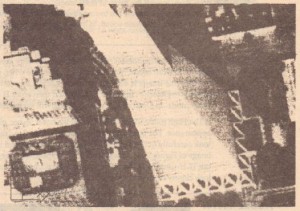 Finally, you can control the transparency of raster image files that allow transparent pixels. Some file formats, such as the CompuServe GIF 89 a format, allow you to set a color in the image to be transparent (usually the background color). Most: image-editing programs support this format because it is a popular one used on Web pages.

By turning on the Transparency setting, objects normally obscured by the background of a raster image may show through. Choose Modify > Object > Image > Transparency, and then select the taster image that yo~ wish to make transparent. Enter On or Off, depending on whether you want the image to be transparent or not. unlike the Frame and Quality options, Transparency works on individual objects rather than globally.