Getting the 3D Results You Want AutoCAD Assignment Help

You’ve seen how you can make an opaque vertical surface just by changing the thickness property of an object. To make a horizontal surface appear opaque, you must draw it with a wide polyline, a solid hatch, or a 3D Face. For example, consider a table: You might represent the tabletop with a rectangle and give it the appropriate thickness, but the top appears to be transparent when the lines are hidden. Only the sides of the tabletop become opaque. To make the entire tabletop opaque if the tabletop is an irregular shape, you can use a solid hatch or an object called a region. Chapter 18 discusses regions. When the lines are hidden, the tabletop appears to be opaque (see Figure 15.17). 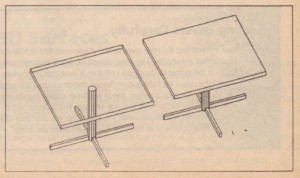 When a circle is used as an extruded form, the top surface appears opaque when you use the Hide command. Where you want to show an opening at the top of a circular volume, as in a circular chimney, you can use two 180° arcs (see Figure 15.18). 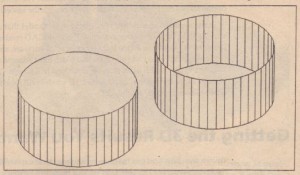 For complex horizontal surfaces, you can use a combination of wide polylines, solids, and 3D Faces to create them. For example, a sidewalk on a street corner would use a donut for the rounder corner, and solids or 3D Faces at either side for the straight portion of the sidewalk. It’s okay to overlap surfaces to achieve the effect you want. Polylines are useful for creating window mullions or other shapes that might be formed by a straight extrusion in the real world. (You’ll learn how to create? curved extruded shape in Chapter 18).