In this section, you will begin to draw the object shown in Figure 18.4.In the process, you will explore the creation of solid models by creating primitives and then setting up special relationships between them. .. 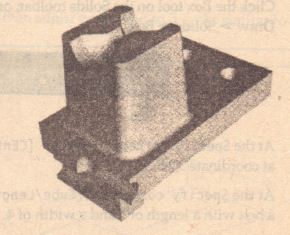 .
Right-click any toolbar and select Solids from the popup menu. The Solids toolbar appears.

Primitives are the basic building blocks of solid modeling. At first, it may seem limiting to have only six primitives to work with, but consider the varied forms you can create with just a few two-dimensional objects. Let’s begin by creating the basic mass of our steel bracket. First, prepare your drawing for the exercise.

Turning a 2D Polyline into a 3D Solid

Now let’s add another box to form the lower lip of the bracket. ‘This time, you’ll create a box primitive from a polyline. 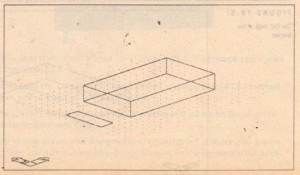 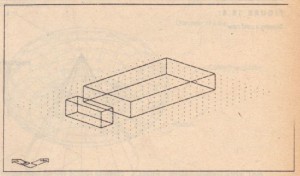 .You’ve now drawn two box primitives using the Box and the Extrude options on the Solids toolbar. Just for variety’s sake, this exercise had you create the smaller box by converting a polyline into a solid, but you could just as easily have used the Box option for that as well. The Extrude option converts polylines, circles, and traces into solids. (Regular lines, 3D lines, 3D Faces, and 3D polylines cannot be extruded.)

Before you continue, let’s examine the commands for primitives that you haven’t had a chance to use yet. Refer to Figures 18.8 through 18.11 to understand the terms used with these other primitives. 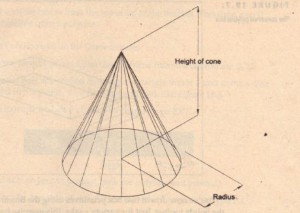 Sphere (Sphere icon on the Solids toolbar) Acts like the Circle command, but instead of drawing a circle, it draws a sphere. 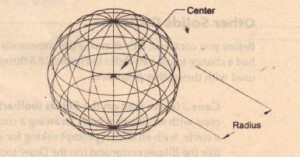 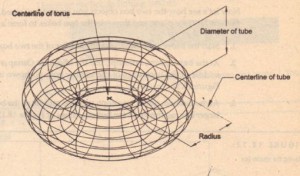 Wedge (Wedge icon on the Solids toolbar) Creates a wedge-shaped solid. This Command acts much like the Box command you used to draw the bracket. You have the choice of defining the wedge by two comers or by its center and a corner. 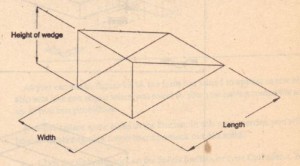 In the following exercises you will be creating and combining solid primitives. The commands required to create complex solids are available on the Solids Editing toolbar.

Now let’s see how the two ,box objects you created are joined. First, you’ll move the new box into place, and then join the two boxes to form a single solid.

As you can see in Figure 18.13, the form has joined to appear as one object. It also acts like one object when you select it. You now have a composite solid made up of two box primitives.

Now let’s place some holes in the bracket. In this next exercise, you will discover how to create negative forms to cut portions out of a solid.

You now have the cylinder primitive, but you still need to define its relationship to the composite solid you created from the two boxes.

As you’ve learned in the earlier chapters in Part Iv, Wrreframe views, such as the one in step 3, are somewhat difficult to decipher. Until you use the Hide command (step 4), you cannot tell for sure that the subtracted cylinder is in fact a hole. Using the Hide command frequently will help you keep track of what’s going on with your solid model.